From Nemonic
Jump to: navigation, search 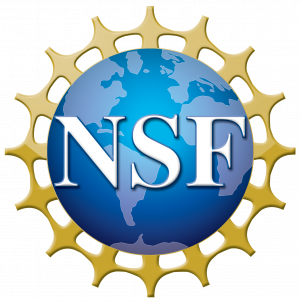 The goal of the Nemonic Project (Next generation Multiphoton Neuroimaging Consortium) is to develop and widely disseminate state-of-the-art technology for multiphoton imaging and associated techniques to the neuroscience community, and to advance emerging technology for future innovation in multiphoton neuroimaging. Ultimately, the activities of the Nemonic project will enable new experiments and accelerate discoveries in neuroscience.

The Nemonic project has three parts. First, there is a development component, called DEV, to create new technology to overcome critical barrier to progress in neuroscience. In a series of Case Studies, neuroengineers will develop custom instrumentation to enable currently impossible neuroscience experiments. A proven work flow involving custom optics and iterative refinement, and culminating in commercially produced parts, will be used to create the custom instrumentation. The Case Studies involve a range of animal models (mice, ferrets, cats, and monkeys), and optical and instrumental challenges.

Second, there is a dissemination component, called DISSEM, to spread this technology broadly to other labs. All engineering materials and resources generated in the Case Studies will be open-sourced and released to the broader public in thoroughly documented and curated web resource. Components and systems developed in the Case Studies will be made commercially available. Also, a series of workshops are held to train scientists on how to design and build custom systems for multiphoton neuroimaging.

For a more in depth description go to Project Details

The Nemonic project is funded through a National Science Foundation NeuroNex (Next Generation Networks for Neuroscience) award.

Visit our discussion board to talk and ask questions! Discussion Board